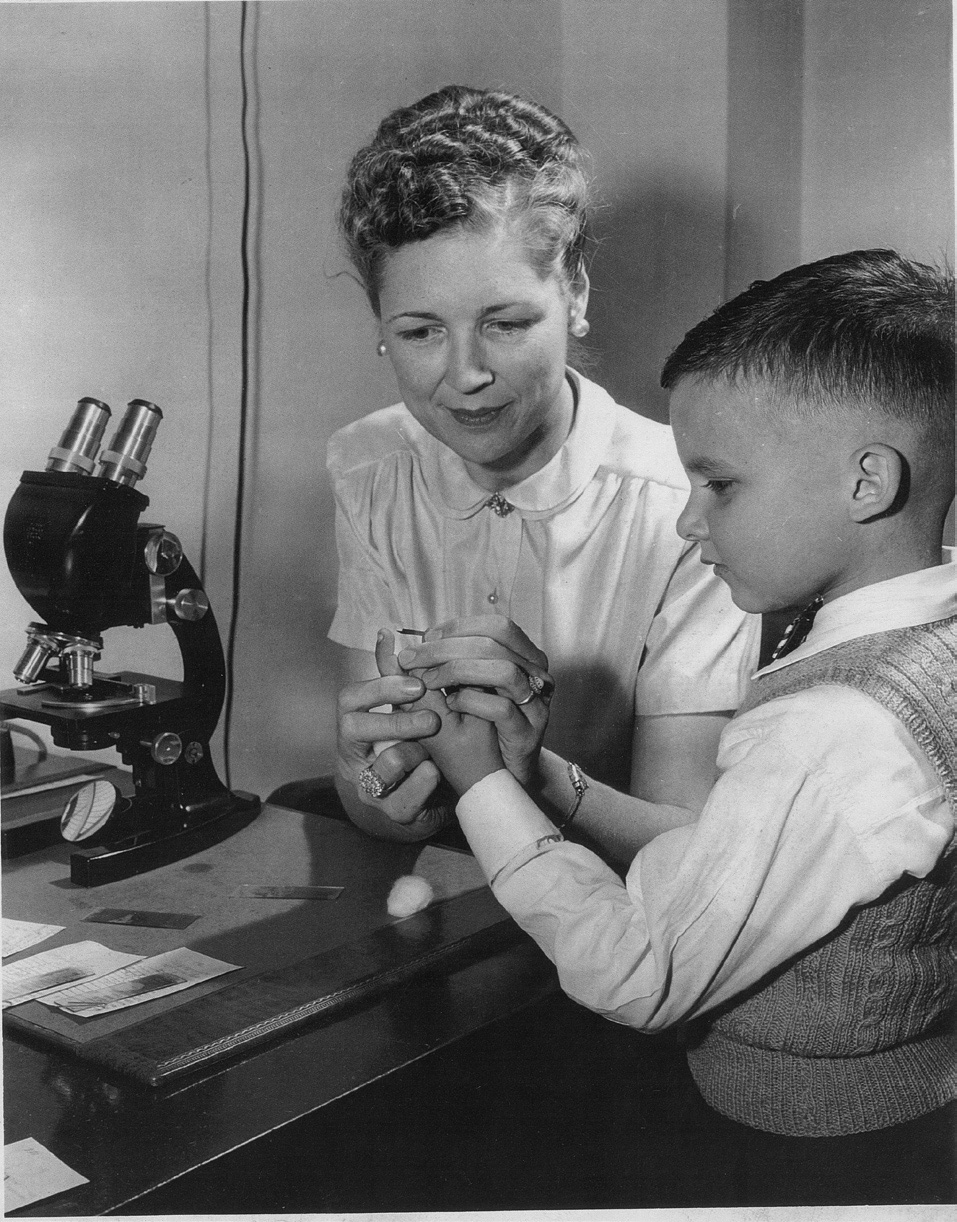 By graduating in an otherwise all-male class at Vanderbilt University School of Medicine in 1943, Grace Hughes Guin scored a victory for feminism. Moreover, she cleared the first obstacle in her pursuit of a career as a physician in the field of pediatric pathology.

After a fellowship at the prestigious Sloan Kettering Memorial Hospital in New York, she opened a public health clinic for women in Washington, D.C., and went on to publish articles in more than fifty languages about pediatric leukemia and other childhood diseases.In the 1950s she joined Dr. George Papinacolaou, inventor of the pap smear for cancer screening, in opening a pioneering women’s health clinic in Washington, D.C..

From 1954 to 1964, Dr. Guin was a pathologist at Children’s Hospital in Washington, where she began researching the effects of cortisone in pediatric leukemia. She was widely recognized for her success, through intravenous cortisone treatment, in prolonging the lives of young leukemia patients. Her research at Children’s Hospital appeared in such publications as the New England Journal of Medicine and the Journal of the American Medical Association.

She was later appointed chief of pathology at Arlington Hospital in Virginia, where she lived for twenty years. In 1967, Dr. Guin was named special assistant to the director of pathology at the Veterans Administration in Washington D.C.. She oversaw more than 90 VA Hospitals nationwide until she retired in 1990. Upon retiring she received the Distinguished Career Award from the Veterans Administration.

Birmingham Southern honored her with a distinguished alumni award.“Grace was an advocate for women in medicine at a time when there weren’t many in the profession,” said Dr. Enid Barnes, a professor of pathology and pediatrics at the University of South Florida. “She was an outstanding pathologist and an astute diagnostician. I met her when I was a resident at Children’s Hospital, and she influenced me into becoming a pediatrician.”